Aussie entrepreneur who scored $250,000 investment offer on TV's Shark Tank reveals why striking gold on the show ISN'T the best way to build a successful business

Here is a link to the original article posted on the dailymail.co.uk CLICK HERE

Aussie entrepreneur who scored $250,000 investment offer on TV's Shark Tank reveals why striking gold on the show ISN'T the best way to build a successful business

An Australian entrepreneur who scored a $250,000 deal when she appeared on TV show Shark Tank has revealed that winning isn't a guarantee to becoming a millionaire.

Lorena Phegan appeared on season four of the show in May 2018 where she pitched her business The Inappropriate Gift Co and received offers from all of the 'shark' investors.

The mother-of-two eventually chose Red Balloon founder Naomi Simson's offer of a $250,000 investment for a 25 per cent stake in the company. 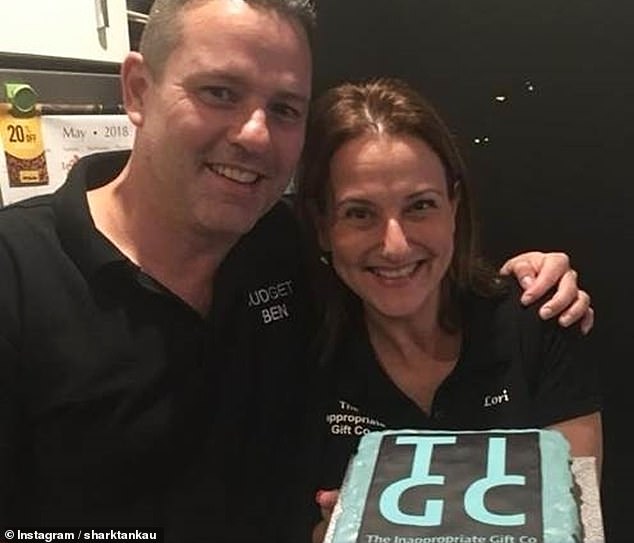 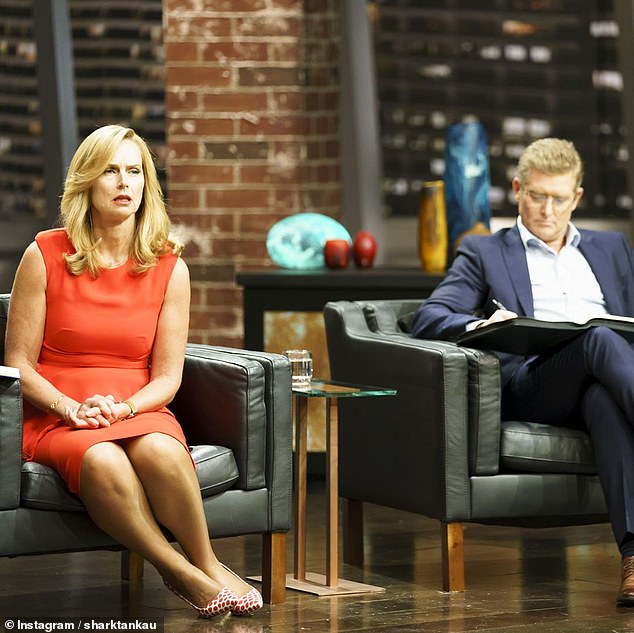 The mother-of-two eventually chose Red Balloon founder Naomi Simson's (pictured left) offer of a $250,000 investment for a 25 per cent stake in the company

In a recent online post Ms Phegan revealed that being on the show was not a key to instant business success as many believe.

'It's been 12 months since we appeared on Shark Tank… we have had a great journey but I would like to worry you (or reassure) you all that hard work is still needed regardless of TV exposure,' she wrote.

'There is no such thing as an overnight success… it's the small consistent effort that gets you the wins, not the bright lights. That's why you have to love what you are doing and not be doing it because you think it will give you an income. I'm still trying to clear credit cards.'

Ms Phegan told news.com.au that she eventually swapped Ms Simson's monetary offer for a year-long mentorship instead so that she could maintain control of her company.

'People assume if you get a deal (on the show) you are going to be a huge success and, to be fair, a lot of people do, especially those with intellectual property like an invention,' she said.

'Those guys are the ones that end up being millionaires — but if you don't have that… all it does is put a spotlight on your business for a set amount of time, and you have to make the most of that.'

She explained that before the show there would be 30 people on the website at any time but once the show aired that climbed to 6700 and sales boomed by 500 per cent.

She said this only lasted for a few weeks before calming down again and although the business is not growing 500 per cent month on month is is growing steadily since her appearance on the show. 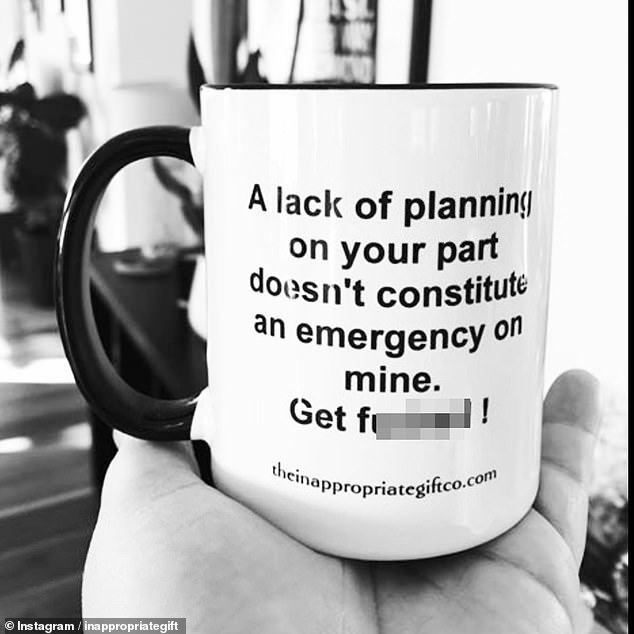 An example of the products sold by Ms Phegan's company

The business, which sells novelty gifts, began in October 2016 after Ms Phegan looked for a present for her brother - whom she said shares her 'sarcastic, inappropriate sense of humour.'

After finding there was a gap in the market, she launched her business with about five products available.

Ms Phegan now has 250 products for sale and along with her husband and business partner Ben she is growing the business globally by expanding into other countries, including warehouses in the U.S. and U.K.

'You have to really enjoy what you're doing... it's going to be a hard road because you'll probably lose money before you make it,' she said. 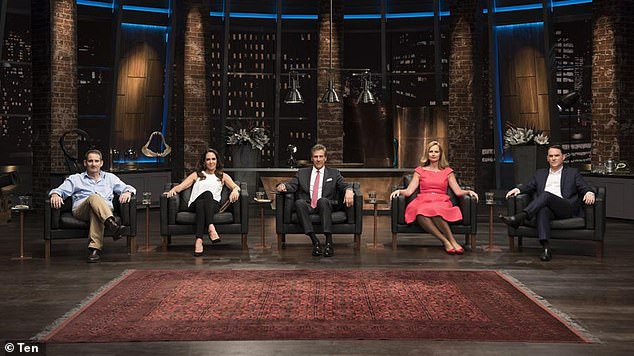 I saw a coffee mug on the show – it was the For FOX sake mug… but I bought one of these in the Reject shop over 2 years ago… how can you sell the same?